I resigned from my full-time job about 3 months ago in mid-October.  A great company I had been with for almost 5 years had allowed another company to take over my particular site.  It had only been about 5 weeks since the takeover and my life had taken a 180 degree turn.  I wanted out for various reasons, but mostly because I realized that this new company didn’t have any room for growth nor did they value their employees at all.

After much prayer and confirmation from God that is was the right decision to make, I turned in my notice.  I didn’t have a new job lined up.  In fact I was a single mom, with a son who had just started middle school and had all the usual bills to pay.  I made a decent salary, but my Uber/Lyft hours were not going to replace that.  I was confident in my savings that I would be okay for about six months or so, but the rest I just entrusted to God.  I was burnt out, stressed, suffering from migraines, insomnia, spending less and less time with my son and hating my job more and more each day.  Despite the fact that I wasn’t wealthy or didn’t have a substantial emergency savings set aside, my body, soul and spirit were all telling me that I needed a change.  But like every major decision I make in life, I committed my situation to God to see in which direction my upcoming breakthrough was going to come from – staying the course a little longer or taking a leap of faith and giving it all up and leaving it with Him.  You see, God being God, could have worked things out regardless of the path I was going to take.  But it’s when we involve Him directly in our decision-making process that things tend to work out a bit easier and quicker than if we go it alone.

Although I had every reason to quit my job, I’ve learned from past mistakes never to make decisions (especially major decisions) based on my emotions.  I wouldn’t put in my notice unless I had direct confirmation from God.  The week prior to me submitting my resignation, something new happened everyday – whether it was an incident at work, a text from a friend, a show I watched on TV or something I read during my devotions – everyday God spoke to confirm that it was time for me to depart and start a new path.  It’s funny how when you ask for His guidance, He answers – sometimes in several ways just in case we don’t get the message the first time!

My first two weeks off were bliss – a much-needed staycation!  I hadn’t slept so good in months if I was being honest.  No migraines; in fact not even little headaches.  I was stress free, enjoying time with my kid and remembering how to laugh, relax and have fun.  Amidst applying for jobs, I poured hours into hobbies and personal projects that I had started but that went undone for almost a year.  I published my first online course, finally attended the real estate workshop I had been wanting to go to, completed writing half a book, and learned and cooked more new recipes than I had all year!  Then I started to increase my Uber/Lyft hours to get some income flowing, which turned out to be great for meeting new people and having interesting conversations.  Rejection emails were starting to come in for some of the jobs I was applying for and I honestly didn’t think I would get a new job before the new year set in.  However, Christmas was coming and I needed to make sure my son didn’t miss a beat.

It had been about a month when a random phone call came from a contact at my previous company (the one before we were taken over) about a remote opportunity that would pay me my old salary and allow me to work hours that were convenient for me – and they wanted me to start the next week if I was up for it!  Of course I accepted the position and my first few weeks through the end of the year were the most laid back weeks of training that I had ever had!  I even got an opportunity to fly down to the main site in Dallas, TX for a week – 70 degree weather in December!  Great company, co-workers, capability to work in my pjs, stress free, own schedule, nights and weekends free, time with my kid, and no decrease in my salary!  Just in time for the holidays!  God is amazing!

I’ve been at my new job for a little over 2 months now and its been about 90 days from the day I resigned from the old place.  Earlier today, I started getting phone calls and text messages from old co-workers telling me they were just laid off.  I found out that the company that took over had laid off 90% of their employees and were relocating to a significantly smaller work space.  Then came the voice of God again in my ear – “I always know what is best for you”.  Although at this point, I had already come to the realization that God had it all in control from the beginning, He was showing me an even broader piece of the picture.  A reminder that everything happens for a reason and even if we don’t understand our circumstances, or are confused or frustrated by them at the time, that God knows what’s best because He sees the big picture of our lives.

It’s so vital that we incorporate Him into our plans, our decisions, our lives!  And even more important that we actually listen to Him when He speaks to us.  There is so much headache, pain, wasted time, effort and energy that we can all avoid by simply inviting God into the core of our lives and actually listening to His Voice.  Sure I could have stayed at that job until the very end and been laid off with the rest.  And God being my father certainly would have opened a door for another opportunity.  But look at how much I would have lost in just those 3 months had I not listened to His voice and followed His direction from the beginning.  I praise Him for the time off, the much needed rest, my personal accomplishments, the incredible time spent with my son, and my new work from home position which allows me so much freedom in a stress-free environment.  Not to mention the fact that I would have missed out on that specific opportunity had I not been unemployed at the time!

His Word tells us that when we acknowledge Him in ALL our ways – bring Him into every aspect of our lives – He will direct our paths!  It’s a GUARANTEE!……according to the mirror of His Word!  It’s up to us to listen and obey when He speaks. 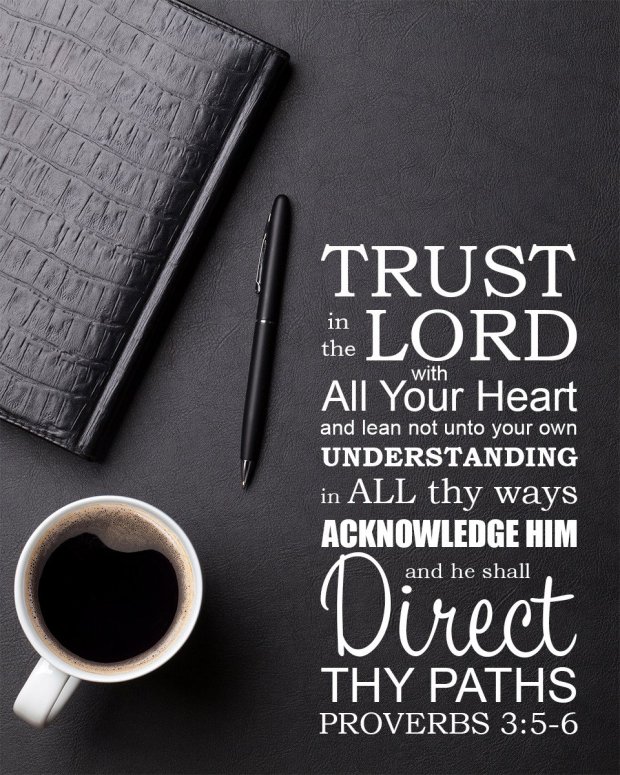